As Cloud infrastructure has become common, it has also become common for penetration testers to find themselves attacking clients that rely on e.g. AWS or Azure environments for handling, storing, and processing critical data.

There are many new and interesting attack paths an adversary can take once they have obtained some sort of access to the environment. For AWS, this is a short indicative list:

This article will focus on how to exfiltrate an EC2 (EBS) snapshot once an AWS CLI/API access key has been compromised. In AWS-speak, a snapshot is the backup of the contents of an EC2 instance.

Broadly speaking, there are three types of credential that provide access to an AWS environment:

Traditional security controls such as IP Whitelisting, MFA, and account lockout after subsequent login failures are supported to varying degrees, require hacks, and in some cases are outright not advised by the Cloud provider.

For example, account lockout after subsequent failed login attempts is not currently supported by AWS. Yes, adversaries can brute force their way into the AWS Management Console, assuming no MFA is implemented. One quick fix for this is to create a Lambda function that works off the back of CloudTrail logs – these logs however are not generated and processed in real time.

Another example is IP Whitelisting, both to the AWS Management Console and to the CLI/API access. Currently there is no easy and ubiquitous way of enforcing this. AWS provides a guide that helps towards this (https://aws.amazon.com/premiumsupport/knowledge-center/iam-restrict-calls-ip-addresses/) but within the same document the following note highlights its immaturity:

Due to the issues listed above, it is not uncommon for an attacker to be in a position to bypass the majority of the perimeter controls via the AWS CLI interface. This means that even if a developer needs to jump through multiple security gateways in order to access a private EC2 instance, by using AWS CLI an adversary can obtain direct access to its data.

In order to exfiltrate the desired EC2 data, the following steps need to be taken:

We will take advantage of the EBS snapshot sharing functionality of AWS. Specifically, use the modify-snapshot-attribute of AWS CLI and the --create-volume-permission option which will allow us to share it with another AWS account.

In order for the above to work, there are two conditions that need to be met:

Manual exfiltration via the CLI

A note on permissions: AWS permissions can be complex to understand at first; there are many ways of granting an IAM user permissions, and unfortunately there is not single “show-permissions” command that will respond with all explicit and inherited permissions a user has. How AWS permissions, roles, policies, and groups work is outside the scope of this article. The following commands can be used, however, to navigate your way through the AWS permission maze:

The first step is to list all the available EC2 instances and identify the EBS volumes that are attached to it:

This will output something similar to this:

The next step is to create a snapshot from the EBS volume that was identified previously. Before that, however, we need to know our own Account ID so that we can give access to it. A quick way of performing this is via the sts get-caller-identity command:

To create the snapshot, we will issue the following command: 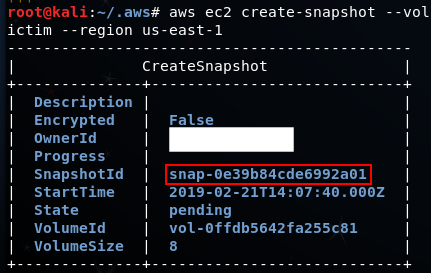 Depending on the size of the volume, creation of a snapshot can take a few seconds or minutes to complete. The following command will query its state: 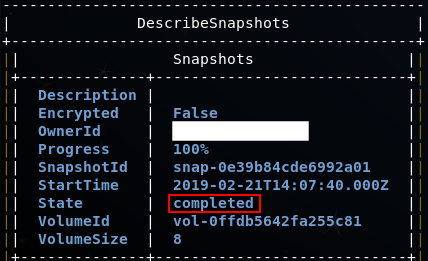 Once the snapshot creation process finishes, we proceed to grant “read” permissions to the attacker. Before we do that, lets see what happens when the attacker tries to query the snapshot:

As expected, the attacker doesn’t yet have the appropriate permissions.

We address this by utilising the modify-snapshot-attribute command in conjunction with the attacker’s ID:

The above command doesn’t give any output, but if we run the describe-snapshots command as the attacker we can verify that we can now access it:

We need to know the InstanceId and in which availability zone it resides. Both can be found by issuing the describe-instances command, or by quickly checking the AWS Console. 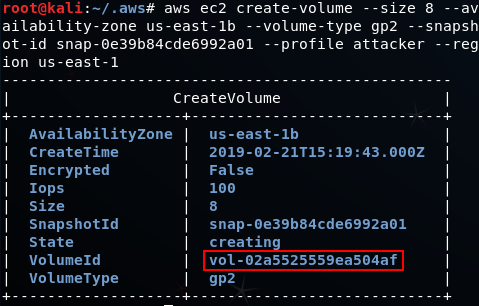 Using the VolumeId, we attach the volume to our instance:

The final step is to create a directory and then mount the volume:

Note: you can identify the target file-system by issuing:

At this point we have successfully mounted our target’s data in our own EC2 instance and we are ready to transfer them away from AWS.

We want to remove the snapshot that we originally created:

Additionally, we want to detach and delete the volume within our own environment:

The process of creating, sharing, and deleting snapshots leaves a number of log entries, including the following:

CreateSnapshot and DeleteSnapshot events can be very frequent in medium-to-large scale AWS deployments with automated backup processes. However, the ModifySnapshotAttribute is more interesting: 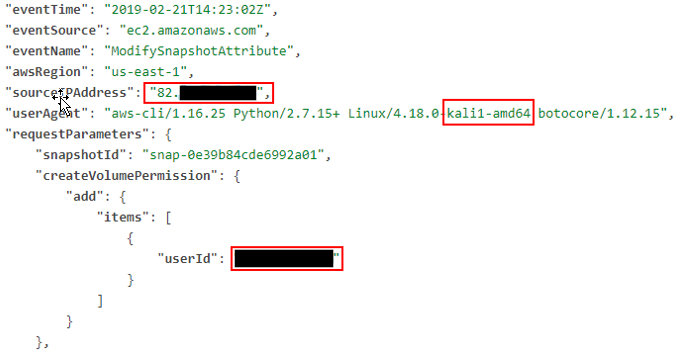 The most likely IOC here is the createVolumePermission entry, where it also identifies who this snapshot was shared with.

Having said that, AWS Logs operate on an approximate 15 minute delay. That means it can take up to 15 minutes for an AWS CLI command to appear in CloudTrail.

In this article we have shown how an adversary who has compromised a set of AWS access keys can bypass firewalls, private VPCs and bastion hosts, and directly exfiltrate the contents of an EC2 instance without needing logical access to the host itself nor requiring the root’s SSH keys.

There are many variations of this technique, including modifying the permissions of an S3 bucket that the snapshots reside in.

It comes to no surprise that traditional security principles such as defence in depth, key rotation, and granular access controls can help minimise the risk of an AWS environment data breach. 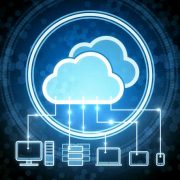 Lifting the clouds from cloud investigations 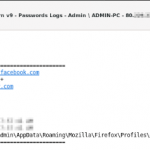 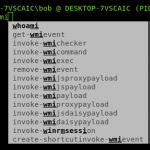