We recently released version 4.8 of PoshC2, which includes a number of fixes and improvements that help facilitate simulated attacks. This is the first post in a series of posts that will include some of the details around the fixes and updates, alongside a number of other posts which will show some of the other cool features we have been working on in the background.

As of PoshC2 version 4.6, a C# implant has been available. The main driver behind this implementation was to stay clear of System.Management.Automation.dll when an environment is heavily monitored and the EDR product can detect loaded modules inside a running process. Granted, not all EDR products are currently doing this, as it can create a hit on performance at the endpoint level, but its important to understand the OPSEC implications of running different C2 droppers.

This has been a work in progress since the release and is continually improving, and we believe this will be the way forward in months to come against advanced blue teams with a good detection and response capability across the organisation. Currently the implant is fully functional and allows an operator to load any C# assembly and execute this in the running process. This allows the user to extend the functionality massively because they’re able to load all the great modules out there in the wild, created by other infosec authors. The way this is loaded uses the System.Reflection namespace. The code can then be called using .NET reflection, which searches inside the current AppDomain for the assembly name and attempts to either run the entry point given or the main method of the executable. An example usage is as follows, for both run-exe and run-dll:

One of the issues we’ve overcome in this release was around tracking tasks; there was no way to determine what output related to which issued command. This was largely due to the implant not using task ID’s that were tracked throughout the entire command process flow.

Typically, this was fine because you know what command you’re running, but when multiple people are working on the same instance, or if multiple similar commands are run, then it could be difficult to figure out what output came from which command. This also made tracking failed commands fairly difficult if not impossible to find. The following screenshots shows the output inside the C2Server and the CompletedTasks HTML file:

Figure 1: How commands were issued and returned against an implant

Figure 2: The old format of the tasks report

Furthermore, tasks were only logged in the database when the implant responded with some output. Now, tasks are inserted as soon as they are picked up by the implant with a start time, and updated with a completed time and the desired output when they return. This allows us to track tasks even if they kill the implant or error and never return, and to see how long they took. It also allows us to reference tasks by ID, allowing us to match them in the C2Server log and to only refer to the task by its ID in the response, decreasing message length and improving operational security. An example of the output is shown below:

The astute amongst you will have noticed the new User column in the report above. Another improvement that has been made in relation to tracking tasks is user logging. Now when you start the ImplantHandler you are prompted for a username; it is possible to leave this blank if required, but when PoshC2 is being used as a centralised C2Server with multiple users it’s important to track which user ran which task as shown in the examples below:

Figure 5: You are now prompted for a username when you start the ImplantHandler

All tasks issued from that ImplantHandler instance will be logged as that user, both in the C2Server log and in the report.

Figure 6: If a username is set it is logged in the task output

Figure 7: The username is also logged for the task in the report

For scripting and/or ease of use, the ImplantHandler can also be started with the -u or --user option, which sets the username, avoiding the prompt:

The way beacon sleep times were handled was inconsistent amongst implants, so now we’ve standardised it. All beacon times must now be in the format of value and unit, such as 5m, 10s or 2h. This is then displayed as such for all implant types in the ImplantHandler. As seen below, the fourth column states the current beacon time in seconds, whereas now we show only the output in the newer format.

Validation has also been added for these, so attempting to set an invalid beacon time will print a suitable error message and do nothing.

Figure 10: The validation message if an invalid format is set

We’ve also changed the implant colour coding so that they are only flagged as timing out if they haven’t checked in for a multiple of their beacon time, as opposed to a hard coded value.

Figure 11: Implant colour coding has been improved so that the colour is dependent on the beacon time

The C2Viewer was a legacy script used to just print the C2Server log, useful when multiple people want to be able to view and manipulate the output independently.

There were a few issues with the implementation however, and there was a possibility that it would miss output as it polled the database. Additionally, as this was an additional script, it added maintenance headaches for updates to task output.

This file has now been removed, and instead if you want to view the output in the same way, we recommend that you run the C2Server and pipe it to a log file. You can print the log to stdout and a log file using tee:

This output can then be viewed and manipulated by anyone, such as by using tail:

This method has the added benefit of storing all server output. While all relevant data is stored in the database, having a backup of the output actually seen in the log during usage can be extremely useful.

Further details can be found in the README.md.

We’re also making strides to improve the internals for PoshC2, refactoring files for clarity, and cutting cyclic dependencies. We aim to modularise the entire code base in order to make it more accessible and easier to maintain, including making changes, but as this is a sizeable change we’ll be doing it incrementally to limit the impact.

There have been quite a few changes made, and we’re aiming to not only improve the technical capabilities of PoshC2, but also the usability and maintainability.

Naturally, any changes come with a risk of breaking things no matter how thorough the testing, so please report any issues found on the GitHub page at: https://github.com/nettitude/PoshC2.

The full list of changes is below, but as always keep an eye out on the changelog as we update this with any changes for each version to make tracking easier. This is the first blog of a series of blogs on some additional features and capability within PoshC2. Stay tuned for more information. 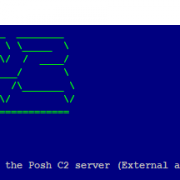 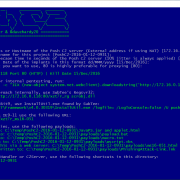 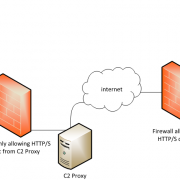 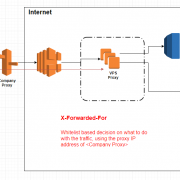 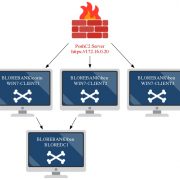 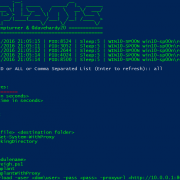 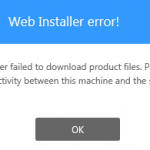 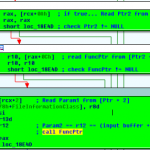